【Ceremony to Commemorate the Establishment of Ryukyu History and Culture Day】 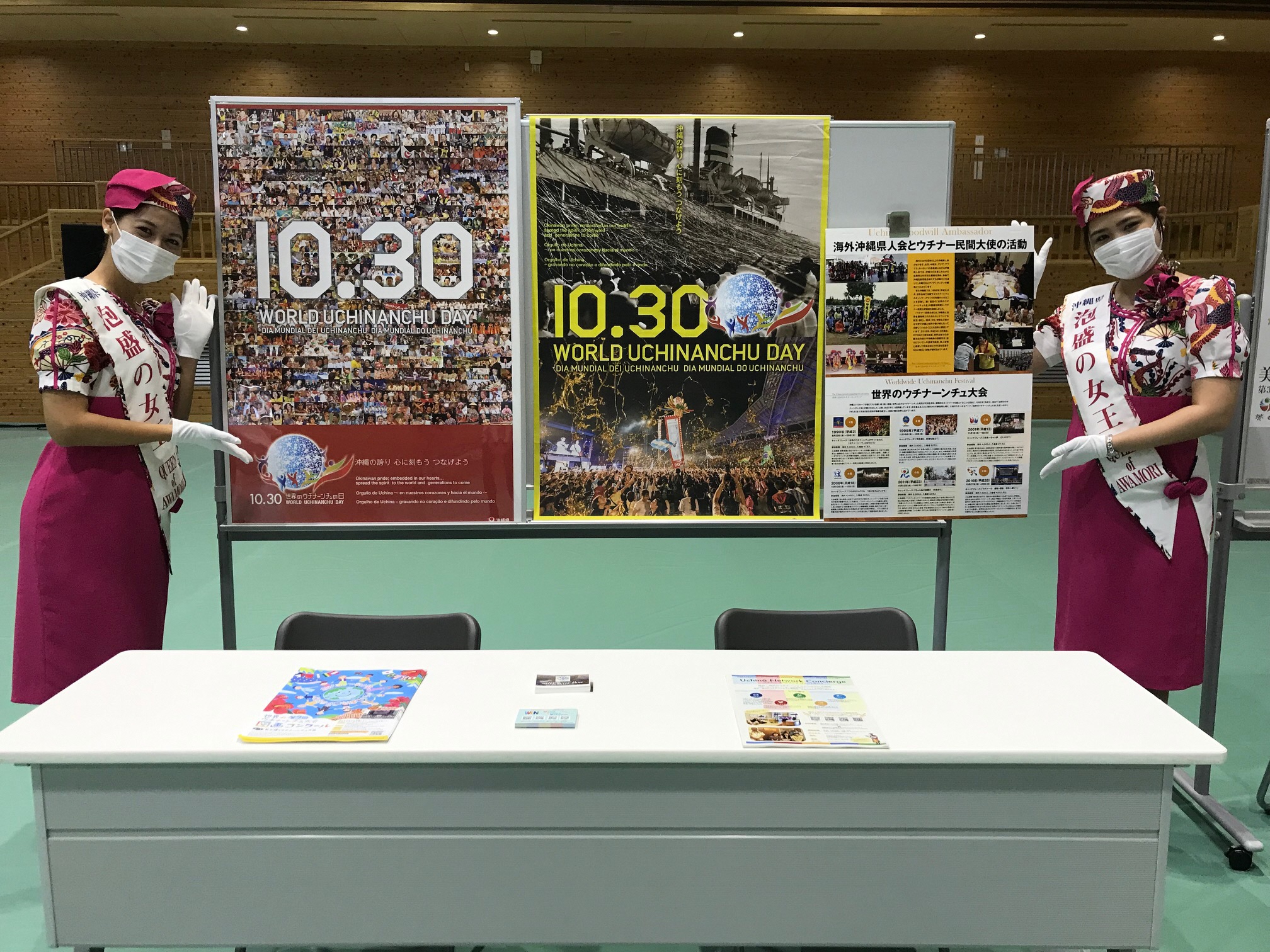 November 1st is "Ryukyu History and Culture Day". To commemorate the day, a ceremony was held to mark its establishment. For the opening of the ceremony, Kagiyadefu dance was performed on the stage with a backdrop that consisted of video clips, of the same dance, that were sent in from by people from Japan and overseas. Videos and photos were received from Kenjinkai and Ryukyuan dance study groups in San Francisco, Hawaii, Canada, Argentina, Brazil, Osaka, Nara, Hiroshima and Ehime.The video is now available on YouTube, so please check it out!

At the ceremony site, panels were displayed, flyers were distributed, and promotional videos were shown to promote the 7th Worldwide Uchinānchu Festival to be held in 2022. Two of the 35th Queens of Awamori also visited our booth at the Uchinānchu Festival. Please keep both "Ryukyu History and Culture Day" and "World Uchinanchu Day" on October 30 in mind!