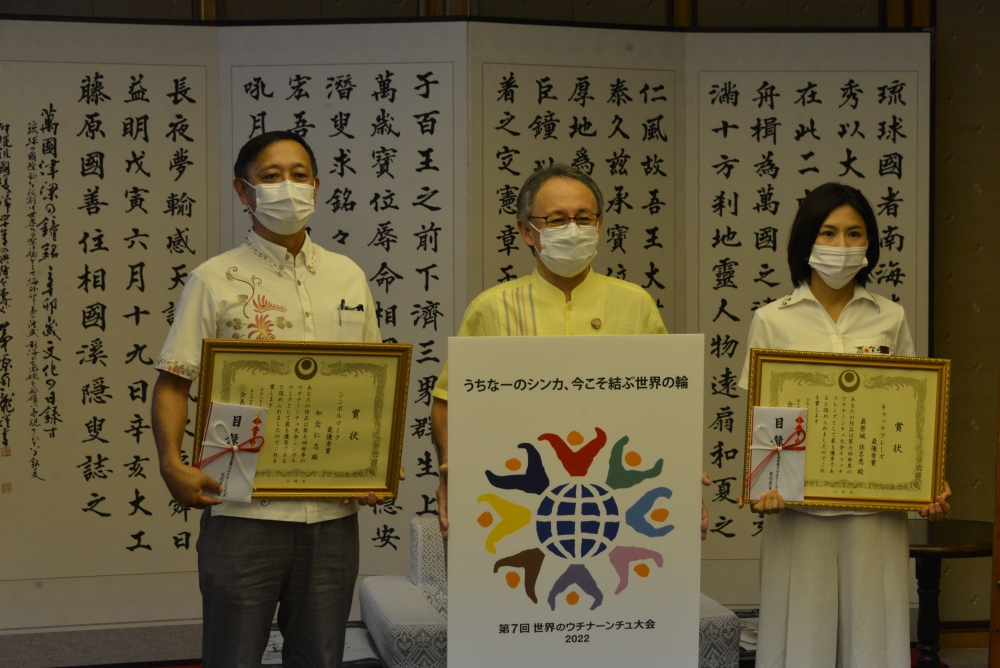 The award ceremony was held for the logo and slogan of the 7 th Worldwide Uchinānchu
Festival that is to be held on October 30, 2022, Governor Tamaki, who is also the chairman
of the festival's executive committee, presented a certificate of commendation and a
ceremonial check for prize money.

The logo by Mr. Hitoshi Chinen of Urasoe City, and the slogan by Ms. Kanae Maeshiro of
Naha City were selected.

Both works express the importance of bonds and connections between people during a
COVID-19 pandemic, and are suitable for the event to be held on the 50th anniversary of
the Okinawa's reversion to Japan.

The two winners expressed their joy for receiving the award and their hopes for the festival.